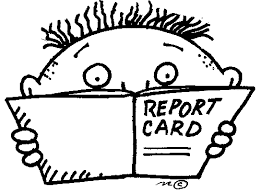 Here are some factual statements about school reports for students:

At my current school, we do all of these things and more.

The opinion bit
My main issue with the school report process is that, to have maximum effect, feedback needs
to be as current and as detailed as possible.

I've searched for data on the effect our three week old teacher comments have on students' learning but have come up blank. However, I'm reasonably sure that a bland report comment that is three to four weeks old is not going to have the same effect as more immediate and focused reporting that parents can see on Schoology (or some other platform) as soon as I've written it!

Our latest report process took most of June to complete.