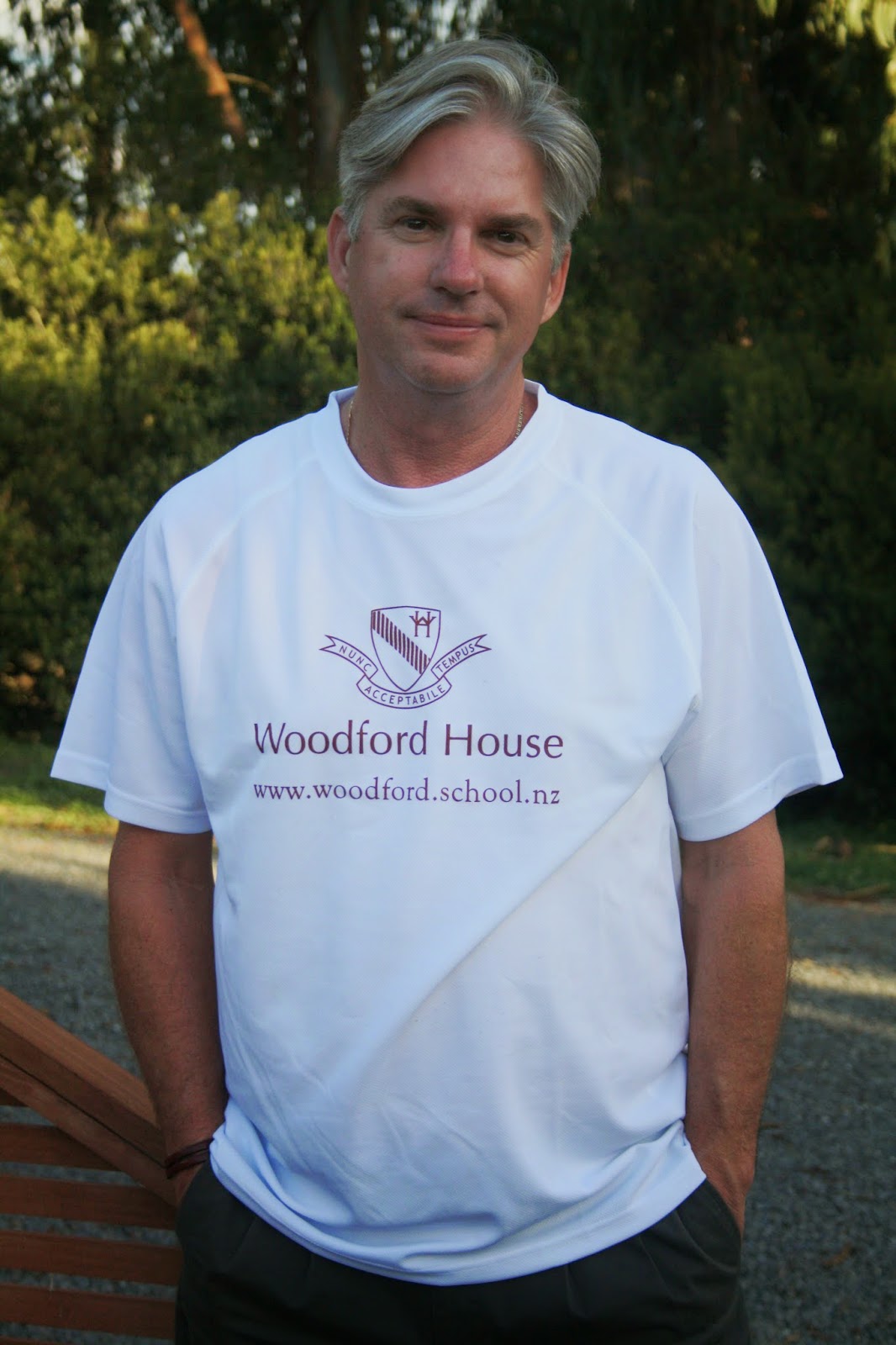 This is me doing my promotional bit for Woodford House! 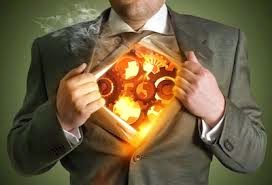 I usually enjoy reading the Leadership Freak blog by Dan Rockwell. He posts every day. Yes, my friends - every day! Quality can't help but vary when that's the way you roll.

Recently (I guess it was recently - I bookmark the more interesting ones and read them later), he listed ways to rise above self-affirming nonsense.

I'm supposing he sees 'self-affirming nonsense' as the shallow advice we often give ourselves - like false flattery in a way (and I HATE false flattery with a passion!).

Let's have a go at them:

These are good questions - your turn!
Posted by Wozza at 10:46 AM No comments: 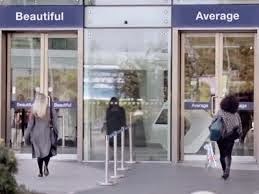 During one of Jackie Barron's excellent assemblies at school she featured one of the commercials made by Always around the 'run like a girl' idea. About the same time I came across the Dove adverts.

I was impressed with the campaigns and wrote about them at the time in conjunction with Ahmed/Olander's ideas about new advertising in Velocity.

All coming back to you? No! Shame on you but you do have a backtracking treat in store. I'll wait...

Up to speed? Groovy.

So here's another example from the good people at Dove and the text from an adweek blog post.


A recent survey by Dove found that 96% of women do not choose the word “beautiful” to describe how they look, although 80% said they could see something beautiful about themselves. Dove wants women to make the conscious decision to embrace that beauty and acknowledge it to the world. The women who walked through the “average” door felt saddened by their decision. “It was my choice,” said an Indian woman, “And now I will question myself for the next few weeks or months.” But those who walked — or were dragged by their mothers — through the “Beautiful” door felt “triumphant”. Embracing inner and outer beauty can be a difficult adjustment to make.

Come on, come on, let's work together (Canned Heat)

Recently, the awesome Richard Branson explained his preferred method for meetings (the bane of many of our lives).


One of my favourite tricks is to conduct most of my meetings standing up. I find it to be a much quicker way of getting down to business, making a decision and sealing the deal.

His other preferred mode of meeting is the walking meeting:


When given the opportunity I often like to take things a step further – literally, with a walking meeting. I sometimes even set myself a personal challenge of trying to come up with a plan of attack in the time it takes to walk around the block… five minutes, go!

Without meaning to, a couple of colleagues and I have used the walking meeting idea. 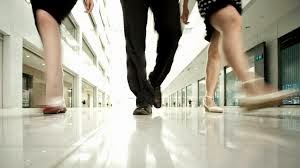 Jane, Toni and I aim to go walkies at lunchtime at least once a week. We have teaching at Woodford House in common and so we often articulate (actually spitball is a better verb) in a relaxed way about random stuff: what's bothering us or what's going great or we bounce ideas around.

I love these walks. Not only am I getting some exercise but I literally get away from school for 30 minutes and I have time to think and listen to their ideas and views. We are very different people and that's the beauty of doing this in a relaxed lunchtime walk: I get to hear their thoughts and they get to tease me...I mean, hear about mine.

Standing up and the walking about. Chur bro!
Posted by Wozza at 1:06 PM No comments:

A recent Times Educational Supplement opinion piece had me aghast.

Oliver Beach is a teacher in the U.K. who has taken umbrage at the Conservative government's idea to have Year 6 students do a resit test if they fail to meet expected standards.

[Year 6 in the U.K. comprises students aged about 10 years old. In NZ it is the time students move from primary school to intermediates. In the U.K. Year 7 is the first year at a secondary school]

Oliver believes resitting the test is wrong. Instead:

Those in Year 6 who aren’t achieving what is expected of them, or what is necessary for their future options, should be kept back to repeat Year 6 until they are up to speed.

'Kept back...until they are up to speed' eh? Oliver would have some people never leaving primary school until they pass the Year 6 exam. Social promotion is a hoary old educational topic and something of a straw man argument in that it diverts attention away from some critical thinking about Year 6 tests. I suspect Oliver will get a well deserved bollocking for his suggestion and it will blur the issue.

My God! Is the U.K. educational system that Dickensian still? Are they ever going to consign these industrial models to history?

To me this sounds like the old Eleven Plus qualification is alive and well in 2015. That qualification, a drafting mechanism to send students to grammar schools, technical colleges or a secondary modern, was introduced in 1944 in the U.K. and largely removed in the 1970s, about 40 years ago.

Standards based assessments (NCEA in N.Z.) and modern blended learning paradigms have moved social promotion conundrums to the educational margins where they belong.

Oliver (and the Conservatives it seems) would like to drag education back to the 1940s rather than look to the future and learn from places like Finland and N.Z. where reforms conducted over the last 25 years have increasingly embraced individualism.

The wonders of the Universal Design For Learning model? Fiddlesticks and balderdash says them!

Remember: one man's ceiling Is another man's floor (Paul Simon) 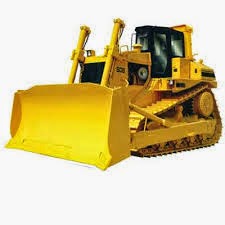 The perspective of change over time is interesting - it varies according to individuals.

I was recently accused of 'bulldozing' through a change at school that involved the organisational culture generally and a move to vertical Home Room classes specifically.

Interesting seeing this first flush of resistance from different viewpoints. The resistance, btw took a while. I was expecting it earlier but it took a term (roughly 10 weeks) to eventually...um...eventuate.

From my perspective, having started thinking about the potential for this change a year ago (check the blog posts), the time frame is about right. Allowing for my bias and impatience, I think a year to enact a change is okay. I'm basing this on the fact that I'd like to do more and do it quicker and others would take much longer and maybe not at all. In my experience a big change takes about a year to plan and execute.

From others' point of view it was 'bulldozing'. I'm unrepentant.

If we had waited the impetus could have waned with second guessing and more hand wringing possibly putting the change on permanent hold. That would have resulted in an opportunity missed from my pov.

If anything we didn't go far enough. The mix of horizontal and vertical systems at school is driving me batty. The two don't mix and the frustration it creates was both predictable and avoidable.

As I said to a colleague - if it was a bulldozer, it's only got to second gear so far.

Email ThisBlogThis!Share to TwitterShare to FacebookShare to Pinterest
Labels: Change

Finland has it all (Monty Python) 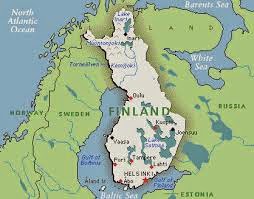 In the previous post I alluded to the news from Finland that they are moving away from subjects.

The Finns. What is it about the Finns (no relation to Neil and Tim I believe)?

Apparently, according to an article I read about the wonderful education systems in South Korea and Finland (the bold is my addition):


'Finnish culture values intrinsic motivation and the pursuit of personal interest. It has a relatively short school day rich with school-sponsored extracurriculars, because culturally, Finns believe important learning happens outside of the classroom. A third of the classes that students take in high school are electives, and they can even choose which matriculation exams they are going to take. It’s a low-stress culture, and it values a wide variety of learning experiences.'

Okay now this is interesting too. I guess the third of electives has now gone to two thirds or more with the doing away of subjects.

I know other countries can't replicate a culture but some of this sounds a lot like NZ: the low stress, variety, extra curricular accent is us.

Even the intrinsic motivation part is what I see in the majority of cases in my school (this may not be the case throughout the entire school network I freely admit).

So wot's...uh the deal? I know I'm not conducting any kind of deep scientific analysis here but: why aren't we way up there with the Finns (again - no relation) and the South Koreans?

it could be this:


Finns share one thing with South Koreans: a deep respect for teachers and their academic accomplishments. In Finland, only one in ten applicants to teaching programs is admitted. After a mass closure of 80 percent of teacher colleges in the 1970s, only the best university training programs remained, elevating the status of educators in the country. Teachers in Finland teach 600 hours a year, spending the rest of time in professional development, meeting with colleagues, students and families. In the U.S., teachers are in the classroom 1,100 hours a year, with little time for collaboration, feedback or professional development.