Our life is frittered away by detail. Simplify, simplify, simplify! I say, let your affairs be as two or three, and not a hundred or a thousand; instead of a million count half a dozen, and keep your accounts on your thumb-nail. (Henry David Thoreau) 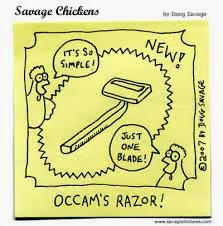 Among other things the last two weeks have been consumed by a subject report on last year's results and plans for 2014.

I try hard not to do the 'when I was a Principal' bit but I recall being asked about what I wanted my Heads of Departments to report on when I was a Principal at Stratford High School and my response was basically twofold - ONE = where are the gaps in performance and whatcha gunna do bout it? and TWO = where are the strengths in performance and how yer gunna build on it?

So strengths and weaknesses basically.

I'm a big believer in occam's razor - the principle that you should go straight to simpler theories so that simplicity gives you a deeper understanding.

Twenty eight pages and counting is not simplicity.

[Side bar - couldn't a done my 28 pages without the stellar support of my English Department colleagues and fellow HODder and regular reader - Toni Dunstan - you rock Toni!!]
Posted by Wozza at 12:55 PM No comments: 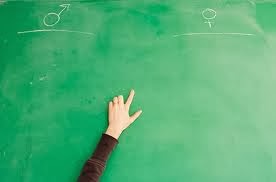