I see the light surrounding you (Evermore)

Okay - two things have driven this one:

1 As I posted about recently, I had to put together a presentation to the staff on being a mentor.

I used this quote to kick it off:


A teacher affects eternity; he can never tell where his influence stops (Henry Adams) 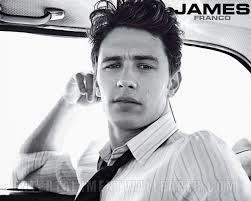 To introduce this idea, I asked my colleagues to reflect on students who were still in contact with them: that would mean they'd formed a lasting bond. Clearly our students outgrow us (quickly!) but if they remain in contact via Facebook or email they want to maintain a connection.

A very small number of them actually indicated they were still in touch and no one had students from over 20 years ago.

Made me think about (all of) my former students who are still connected with me via Facebook or emails. Made me feel blessed that a number of them are way past the 20 year mark - not that they'll thank me for reminding them of that I guess.

2 I put together a PowerPoint presentation about myself for my classes (this was inspired by a lecturer at Massey who did just that when I took the Year 12s for a visit recently AND my amazing colleague Amy, who tells her students about her past which includes her James Franco story - hi Amy!).

Amazingly, I've never thought to do that (tell my story - not the James Franco bit). So while SWMBO was at work one Saturday, I set about making a PowerPoint. In my delve into the Purdzilla archives I came across a lot of old photos from my teaching past.


That made me wonder again about my former students - the oldest of whom will be about to enter their 50s (I was only 7 years older than them in 1983). And especially about the ones who are still in contact.

So here we go - a celebration of those wonderful former students and former times.

Warning! The photos that follow are from then and are hopefully not too embarrassing for the participants (I did get permission where I could).

Unfortunately you may be missing from this line up. I keep everything. If you wrote me a letter or a note when I left the school - I have it, but unfortunately if photos don't exist - they don't exist! And if you're wondering why there are quite a few from Macleans College 1986-1990, well - there's a reason for that!


That was a period of my teaching life when all the planets aligned.

In 1986 I was into my second job - my fourth year teaching, so a little more comfortable in my teaching skin, but still inexperienced.


I'd had my three teaching college sections in co-ed schools (Rutherford High, Havelock North High and Keri Keri High School) but I'd had most of my education so far in boys' schools, having gone to Mt Albert Grammar as a student and then starting my teaching career at New Plymouth Boys'.

So teaching girls was a newish phenomenon and I loved how they approached English differently.


Macleans College at that time was led by Colin Prentice with Allen MacDonald (Mac) as DP. Still the best top two I've ever come across.

Colin was charismatic and inspirational, Mac was simply born to be a DP - no nonsense, direct, and a lot of fun. Throw in Sue Miller (a lovable stickler) as Te Kanawa house leader and some wacky fellow TK personnel like Steve, Pete and Kent and - woo mama - what a staff!


The difference to NPBHS was vast. I'd liked starting there but the feeling at Macleans, with the whole (much younger) staff moving in the same direction, was palpable.

It really got my blood pumping. I wanted to excel for my students, and for Colin.


I was still young too, I was still in my twenties when I joined the staff at Macleans College from New Plymouth Boys' High School.


The school, the leaders, being a young dad (second son Adam came along at the end of my first Macleans year) - that's some of it, but not all.

The crucial ingredient was the type of student at Macleans at that time.

I know it doesn't make much sense, but I really believe there was an extraordinary X factor about so many of these students. There was a really concentrated awesomeness to them that I have not experienced to the same degree since.

There were many great students to come in my post Macleans future (like Rebecca and Ledie and Kim and Ecca and others) but my students from Macleans 1986 to 1990 will always have a special place in my heart.

So - here's the final round up of photos from that time:


If you're reading this and I've left you out of the photo gallery, my heartfelt apologies. When you single out some there's always a danger you'll leave out some, but, unfortunately, as I said - I have no photos of plenty of you as students.

Please know that I continue to hold dear the time I spent teaching you.

I have to say you stood out at Macleans too - no other teacher had posters on their walls, or wore mismatched socks! I read out your comments to my kids this morning and they just looked at me strangely. So I just quietly used my concentrated awesomeness to make their lunch boxes. Thanks for the post, it brought back some great memories! Denene

Loved your comments Nene. Concentrated awesomeness IS a thing in physics (and if not I claim it). The posters are still on my walls (different walls, different posters) and odd socks can still happen and still throws the students off balance (I still don't know why). Happy to deal with those kids of yours who looked at you strangely too (it's all good - at least they don't do that all the time).