I'm the greatest, and you better believe it baby! (Ringo Starr) 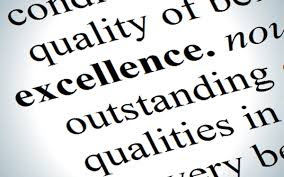 Will Richardson is a parent.

He's also a writer; he blogs on educational things. And while his photos indicate he is still shamelessly rocking a ponytail in 2016, I'm prepared to look the other way, because he recently wrote this:


Many kids don’t seem to have the dispositions, the self-determination, initiative, and networks to problem solve their way out of their dilemmas. They’re waiting for the answer.

He doesn't live in NZ, or teach at Woodford House, nevertheless, I think he's right.

I've written about the lack of failure before, to that I now need to add the 'driven to excessive desire for Excellence on everything' category.

I may be wrong (shock horror) but I'm pretty sure there wouldn't be any staff member at my school who got Excellence grades on every University paper they ever did, nor did they get straight A++/100%/Excellence on everything they did at school.

But that's what many of our girls increasingly demand. Yes...demand.

Please, don't get me wrong - it's cool to aspire to an Excellence, but, Miss Student, it isn't always possible.

Or, it is, but Miss Student doesn't want to experiment and redraft to get it. They want the excellence grade from draft 1 and they want draft 1 to be perfect.

I'd much rather see a student build some resilience from a failure in early drafts to be perfect and then have the dispositions, the self-determination, the initiative to improve next time!

William Wordsworth began working on an extended poem (later known as The Prelude) when he was 28. He was STILL working on it when he checked out some 50 years later!!
Posted by Wozza at 11:22 AM

Email ThisBlogThis!Share to TwitterShare to FacebookShare to Pinterest
Labels: Excellence, Will Richardson