Thinking how things have turned out (The Eels) 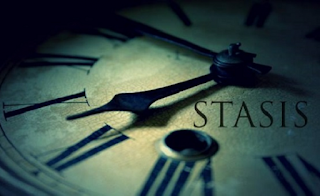 It seems more and more people are getting on board the 'we need to transform education' train (see my previous post).

Frinstance these pull quotes from people involved in something called the  Arizona State University/Global Silicon Valley conference held in April this year are pretty succinct:


"It's kind of a fool's errand [to think that] if we just train people to lead for institutions built for the last century that we're going to get different results," said Stacey Childress, CEO at the NewSchools Venture Fund. She favored finding an expanded vision of what student success can mean, beyond the focus on test scores.

After attending the day's sessions, Linda Clark, the superintendent of the West Ada school district in Meridian, Idaho, said, "We believe we're engaged in changing everything about school".

2,500 entrepreneurs, educators, and developers gathered for the conference, spending three days discussing students and schools, what they need and how to shape a future that may look little like the present in education.
That's a bunch of people - all gathered in one place and time on the planet to consider things. And agreeing. 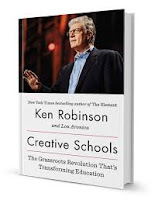 Sir K starts off by saying how he's been talking about these things for many years. Like millions of others, I love what he says and yes, he has, thank goodness (been saying these things for years).

Recently, my Principal tweeted this link to a promo for a new film called Most Likely To Succeed.

The documentary features Sir K and Salman Khan (see my previous post) and looks like the kind of film all educators must see. I certainly want to.

With any luck it may be the tipping point we need.


Most Likely to Succeed Trailer from One Potato Productions on Vimeo.

Now - how about we do some stuff now and change things.

Enough with the talking. Can we just get on with it?