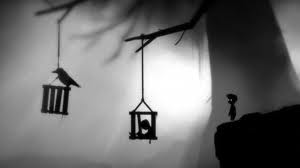 Poor old Baggy Trousers! I have not posted during the time I was in China and yet it remains a case of 'build it and they will come', as the blog appears to grow in visitors when I DON'T post. Humpf!

The Wuxi experience (the job, the people, the city of Wuxi) was fantastic but things are in limbo as I await salary payments for January and February from the company. The American businessman who recruited me has exited from the company so I am left experiencing something a friend had warned me of before I left for China (Simsy you know it). That something being a seeming reluctance for Chinese companies to pay a man what he's earned.

We were given a one way ticket home for the Chinese new year amid promises of payment, promises of a return ticket and visa extentions but none of those things have materialised. Indeed our apartment in Wuxi has been handed back to the landlord. The writing on the wall is plain to see, even for me.

I have been waiting in New Zealand to see if a long promised new contract to work in China was going to materialise and I have continued to wait patiently for my pay to arrive.

Obviously with this limbo I have needed to consider my future in China. While patiently waiting, I have yearned for the stability I had in the Middle East with Cognition Education, or longer ago the stability I had working for the NZ government as a teacher.

Those were the good old days!