There's no one as normal as me (Skyhooks) 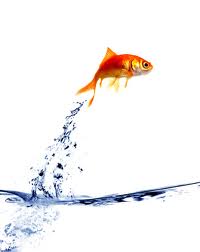 Things I've missed by not being in a NZ classroom for three years (a random sample):


Assemblies (yes really) – I've experienced two so far at Woodford House and they have been wonderful: a group of girls performing some theatre sports; an inspirational speech by a Y13 girl (she had her right leg and left foot amputated as a consequence of swine flu in her Y9 year); a performance by a visiting group of percussionists – Ginger Baker eat your heart out!


It's such a relief not having to be responsible for the assembly any more; instead I can enjoy them again from the staff rows.


Staffroom camaraderie – it's a small staffroom for about 50 staff (including all the office and ancillary workers) but everyone has been very welcoming and friendly. A staff quiz happens at 1pm each day (after the staff has visited the staff dining room) and it's a lot of fun.


My own classroom – I have been a peripatetic teacher in my schools since moving to senior management positions (the last place I had my own classroom was as Head of English at Mt Albert Grammar in 1995, then a gap until King John School 2004 to 2006). I can put up posters, arrange the desks as I want and have a home at last.


A desk in the staff workroom – I have had my own office at schools since 1989 (Head of English at Waimea College) so I haven't shared a work space since I was at Maclean's College (and before that at New Plymouth Boys' High School). It's where I am right now as I write this post.


Having an office is fine and dandy but it can also be quite an isolating experience. I've had some doozies over the years – the broom cupboard at King John springs to mind (no windows and a swinging cat would have suffered massive concussion).


A sense of belonging – my pronouns will soon shift from 'they' to 'we' as I begin to understand and embrace the culture of the school. It's been three years since I've felt that. In the Middle East I was an adjunct to Ali bin Abi Taleb school. I was advising and critiquing and all the while I was part of Cognition Education – not a teacher on the staff. Don't get me wrong, I was certainly made to feel a real part of the school but I was still a foreigner and an outsider.
The sense of belonging has been dormant for some time. I certainly didn't have it as a Principal - too isolated and too solitary a position. The last time I truly belonged was The King John School in Essex; a magic staffroom and wonderful people.


Busy and tired at the end of the day – nothing like mental exhaustion to make you sleep all night. I was busy and tired in China but I've not worked in a classroom since the end of January so I feel refreshed and ready to go.


So raise a glass and drink with me. Here's to being Head of English again and here's to normal and here's to stability!
And here's to the teacher profession! Hurrah!!
Posted by Wozza at 2:08 AM