Those were our young years, our wings were drying in the sun (Dragon)

Mention of Dr. Neil Hawkes in my previous post reminded me about a great definition he made when asked, “What is education?”


Education is a conversation between generations on matters of importance; it’s about the flourishing of humanity.

I often thought about this definition when faced with difficult situations when I was a Principal.

Education is not, of course, limited to the younger of the two generations. I often felt that the student was much more prescient, wiser and more mature generation, and the other one (the generation who thought they were in power) was the immature, petulant, and narrow minded one. 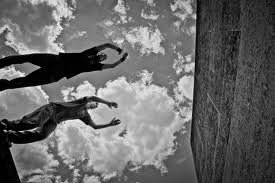 I recently had a conversation with a former student when I was visiting a shop in New Plymouth (NZ). He was doing well and thriving in his dreams to be an internationally renowned free runner. He enthusiastically told me of his progress and his plans.

During the conversation he remarked to me that many of his teachers and the school as a whole frowned on his exploits and dreams. When I said to him, “But I didn’t”. he agreed with me.

Too often we limit the conversation and misread what is important. I would much rather that Daniel had his dream and worked towards it, and it think it’s important that we supported his flourishing, rather than impose our own limits on him.