I wish that I knew what I know now, when I was younger (The Faces) 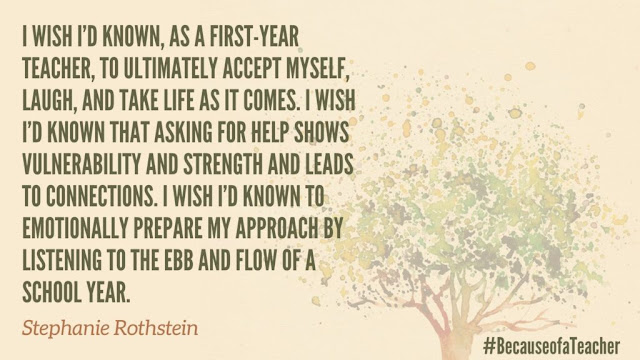 I was a first year teacher 38 years ago so it's been a while, but in many ways it's like yesterday.

Most, if not all of Stephanie's quote above doesn't relate to me, but I can see that it's valid for her and many others - that first year is really something.

In some ways, I'd love to go back and do it again because I really had no real idea about teaching as a craft and so I just bumbled through it trying to impose myself on a bunch of boys at New Plymouth Boys' High School. But in other ways I wouldn't want to do over that first year. Let it be.

It was pretty cringey I suppose, but at the time it was just something to get through. I don't think I asked for much help in that first year but I was keen to learn and Terry Heaps (my first HOD) and Tom Ryder (my first Principal) were very good for me - straight talking, no nonsense and they gave great advice.

The thing of it is, you don't have the perspective of a 38 year vet in your first year. You have no perspective apart from your old school days and your teaching practicums (called sections in my day) so you make mistakes, you get knocked down, you pick yourself up, you lean on others in the same boat, you soak up advice from old hands but with a cocky - 'I won't do it that way' - attitude, you start learning stuff about yourself and about what works (like good relationships) and what doesn't (like raising your voice at students), you build resilience, and you get on with it.

You pin your ears back and you just get on with it.

If you can't, then maybe you are in the wrong job.