Home is just another word for you (Billy Joel) 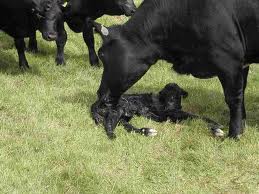 It's hard to believe, but we are still knee deep in teacher evaluations. Even by doing four interviews a day we are still some way off actually finishing this particular task. I would hate to be in a bigger school with a much greater number of teachers to get through.

It is a worthwhile exercise, there is no doubt, but it has meant little time for the other important demands that are cheerfully sent our way. All prefaced by the cliched, "I know you're really busy, but..."

Never the mind, I have Gervase Phinn to cheer me up. Here he is relating a delightful story from one of his classroom visits. One of the boys he reads to is a boy named John. The classroom teacher tells Gervase a story about John.


John lived on a farm way out across the moors. He was expected, like most children from farming families, to help out around the farm. When he was little, Mrs Brown told me, he had been awakened by his father one night and taken into the byre to see the birth of a black Angus calf. The vet had suggested that it was about time the boy saw this miracle of nature. John had stood on a bale of hay in the cattle shed, staring in the half light as the great cow strained to deliver her calf. The small, wet, furry bundle soon arrived and the vet, wet with perspiration and with a triumphant look on his face, had gently wiped the calf's mouth and then held up the new-born creature for the little boy to see. John had stared wide-eyed.
"What do you think of that?" The vet had asked him. "Isn't that a wonderful sight?"
John had thought for a minute before replying. "How did it swallow the dog in the first place?" he asked.