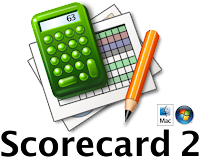 Haar haaaaaarrrrrrrr (a sigh is sometimes written as the far less dramatic 'phew').

I have finally (finally) finished the teacher evaluations. They have straddled two trimesters, taken all of January and first week of February to complete, and have completely monopolised the work schedules of the Principal, his Vice Principal, my translator and me for over a month.

Forget that we have to do this beast of a job again next trimester - at least we all have five weeks to get the students prepared for high stakes examinations in March.

My company is fond of asking the "So what?" question lately.

Now that we've all finished measuring the teachers - so what did it tell us? Did it tell us anything?

Not really. It confirmed what we knew already. I wrote a post some time ago about how the Principal knows his staff well - he can make the three groups Todd Whitaker lists in his book (Superstars, Backbones and Mediocres) without too much thought.

So what did the evaluations tell us? It gave us a rankled (sic) list of our teachers from top to bottom that we could have produced two months ago. Not roughly - exactly!

To be fair, it also gave the teachers valuable information about how they can improve their teaching and contribution to the school. Unfortunately they are not really focused on that though. And I'm mindful that continually measuring the pumpkin doesn't make it grow any quicker. Best to chuck some blood and bone around t'roots.

So what is the real legacy from the evaluations? Division and resentment - all the teachers are comparing their scores (a 100 point system provided the score) and moaning because someone in another school, who's not as good as them, got x. Lack of confidence and a dip in morale - teachers who do great work but couldn't prove it got lower marks.

And guess who it was who immediately organised themselves to make improvements based on their evaluation. Thas right - the four superstars!

All in all I think I would have preferred the rest of the teachers to have been focussed on how they can make a difference to their students, rather than having their difference measured by a 100 point score.
Posted by Wozza at 3:30 AM