Take me disappearin'...down the foggy ruins of time (Bob Dylan) 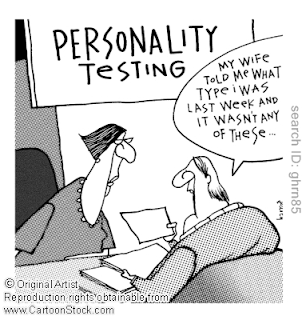 From time to time I have wondered whether Human Resource Management (HRM) is an area I'd like to move into more.

As a Deputy Principal and Principal I used to enjoy resolving personnel issues. This was part of my overall job (a very small part come to think of it), but a bit that I was good at.

Then I came to the Middle East and witnessed the business model HRM at first hand, where it is a distinct area of expertise, and I realised it is not going to be part of my future career thinking.

Being involved as an educational advisor at Ali bin Abi Taleb School has made me realise how much I love being in a school.

I have nothing against the people tasked with HRM - they are wonderful human beings. Certainly all of the ones I've met in my company involved with HRM are very accommodating, uniformly helpful, upbeat and cheerful. I don't know how they do it.

I now realise it would drive me mad!

Peter Drucker is one of the best-known and most widely influential thinkers and writers on the subject of  management theory and practice and he once said (before Star Trek was on TV):


The constant worry of all personnel administrators is their inability to prove that they are making a contribution to the enterprise.

I've lost count of how many restructuring exercises have taken place in HRM during the year.

It seems that HRM's image of itself is also rather nebulous as well.

I did a Google search on 'HRM images' and there was an abundance of either group shots or vastly complicated organizational diagrams.

Does HRM actually make an impact?

It is generally thought that HRM affects performance for the better but it is difficult to understand HOW they produce an effect. It may even be impossible because they are dealing with so many variables:  people's feelings and foibles and difficult to measure things like how much they influence the climate of an organisation.

Like I said - I don't know how they do it (nor does it seem like anyone else does either).
Posted by Wozza at 3:10 AM