Can you hear me Major Tom?

My new career as an educational consultant began with three days on an interview panel considering applicants for principalships here in Doha. In turned into a really rewarding experience and certainly gave me new insights into arab life. I could immediately connect with the applicants - many of them Principals already - and I was really humbled by many of the stories I heard.

I've included a picture of the panel - turned out my friend Graeme McFadyen, who has also come over here from his position as a Taranaki Principal, was on the panel too. We joined Aussie Dene and Elsie our translator and had a great time meeting some exceptional people over the three days. 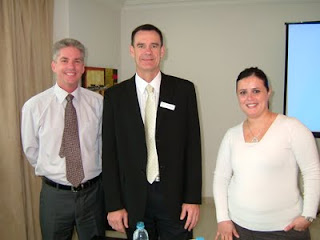 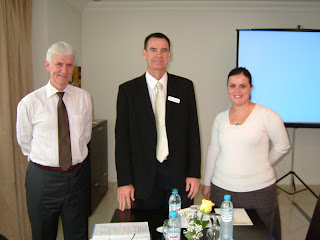 The leadership team was holed up in a swank hotel for the interviews but generally works out of an office in Al College (pronounced col-liege). It's a school that was closed and turned into an office complex for teacher training. It's really nice as you can see. Our office is on the mezzanine floor to the right of the window in this photo. The rest of the team is a fabulous group of people including a South African, and Aussie or two and a bunch of En Zeders. 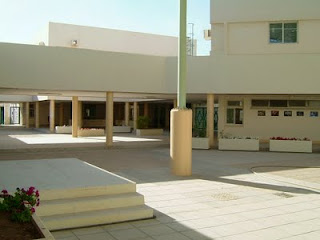 Stay tuned for national standards and more fun in the sun.

Kia ora Warren
Great to catch up with you and Graeme on the other side of the world!
I didn't get to say goodbye before you left... I liked your style at Stratford and was there yesterday to read your farewell comments in the newsletter. It all made sense. All the best in your adventure.
Mark at MOE