Ring, ring goes the bell, the cook in the lunch room's ready to sell (Chuck Berry)

I recently gave a presentation that had me as the topic. More specifically - what made me so special?

New Zealanders don't generally like blowing their own trumpet but this was a rare opportunity to sell myself.

I did some research and along the way I came up with some groovy pictures from the past that cried out for inclusion on the blogosphere.

Here are the first lot - photos that appeared in Mt Albert Grammar's Albertian magazine way back in the mid to late 1990s when I was Senior Housemaster at School House. When I was a student at M.A.G.S. the School House was a really mysterious place ruled by Ron Hemus and hirsute senior boys who were gods (of sport in particular).

It was a terrific experience being allowed into that arcane boarding school world. It dovetailed with a resurgence in fortunes for football in the school. I'd been in the 1975 team that won the Auckland competition and it had been a barren time since then until Kevin Fallon brought talent into the team - boys who were mostly boarders, drawn to the school by Kevin's reputation and chutzpah. 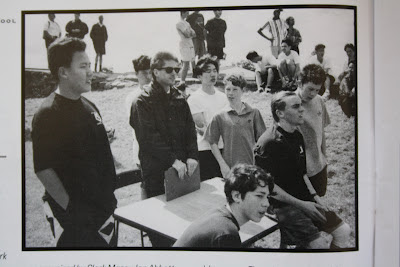 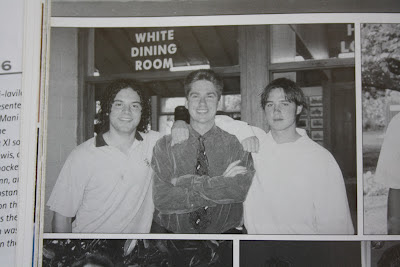